The 5 Most Expensive Houses In The World 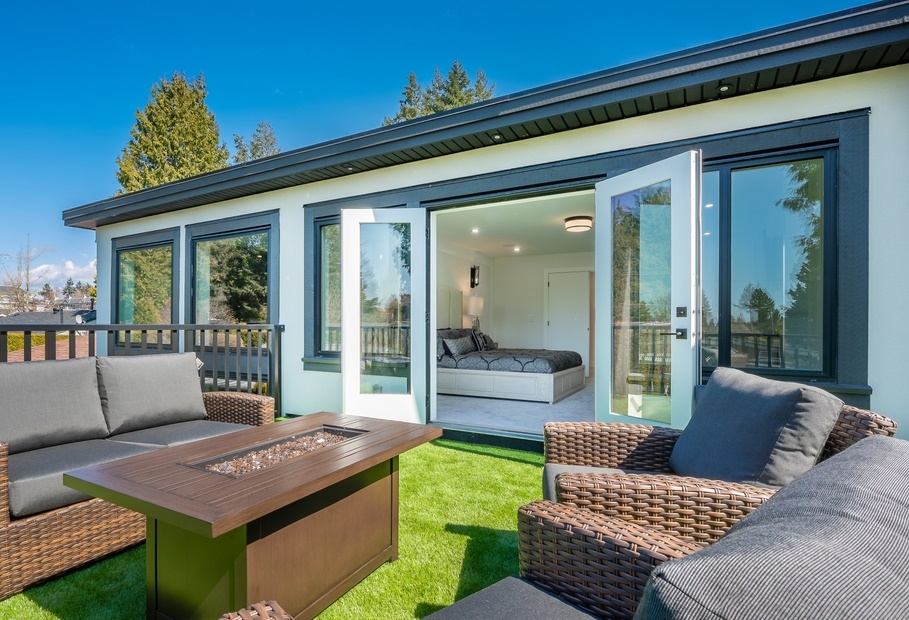 Antilia, a 27-story skyscraper on the pricey Altamount Road in Mumbai, is the most expensive home in the world, valued at upwards of $1 billion. Mukesh Ambani, an Indian business tycoon and multibillionaire, moved into the 400,000-square-foot mansion in 2012 with his wife and three children. The modern property was designed by Chicago-based architects Perkins & Will. Antilia, which was named for a phantom island in the Atlantic, features a multistory garage with space for 168 cars, a ballroom, three helipads, gardens, a temple, guest suites, a health level and a home theater that seats 50.

The $750 Million Villa Leopolda in France

When Russian billionaire Mikhail Prokhorov attempted to buy Villa Leopolda in 2008, it was valued at a whopping $750 million at the time. It was built in 1902 by Belgium's King Leopold II, who gave it as a gift to one of his mistresses. Lebanese banker Edmond Safra bought the estate in 1988 and left it to his widow Lily Safra when he died in an arsonist's fire in 1999. She's the current owner. The 11-bedroom, 14-bathroom villa sits on 50 acres. It features a commercial greenhouse, outdoor kitchen, pool and helipad. It was used for famous films such as "The Red Shoes" and "To Catch a Thief."

Fair Field, a 63-acre oceanfront compound in The Hamptons, is valued at around $248.5 million. It's owned by billionaire investor Ira Rennert, who started building the sprawling estate in 1999 but couldn't move in with his family until 2004 after plowing through some nasty neighborly controversy. Nearby residents complained about the project to the Town of Southampton in 1998, claiming that a 110,000-square-foot home would have a negative impact on the neighborhood. After their lawsuit failed, Rennert built the home anyway, but now Southampton homes can't be more than 20,000 square feet. Fair Field has 29 bedrooms, 39 bathrooms, its own power plant, three swimming pools, a synagogue, two courtyards, an orangery, a 164-seat home theater, basketball court and bowling alley.

Beverly House, located three blocks from Sunset Boulevard, is currently on the market for $135 million. In the meantime, renters can pay $600,000 per month to get free rein of the lux property. It sits on six flat acres of land and includes a slew of smaller homes in addition to the Italian- and Spanish-style, H-shaped main house. That space features a 50-foot entry hall, intricately carved ceilings, a large library, wrap-around balcony, billiard room, and family room with an outer terrace that can seat 400 people, an art deco night club, wine cellar, two projection rooms and spa facilities. It was designed by architect Gordan Kaufmann and built by banking executive Milton Getz. In 1946, publishing mogul and "Citizen Kane" inspiration William Randolph Hearst moved in and stayed until his death in 1951. Since then, the home has become famous for its roles in films like "The Godfather" and "The Bodyguard."

This past March, the Fleur de Lys Mansion sold for $102 million, making it the highest-priced home sale to date in Los Angeles County. It was first listed in 2007 when original owners David and Suzanne Saperstein finished renovating the manse, divorced and moved out. The current owner, who paid entirely in cash and has chosen to remain anonymous, is rumored to be former junk bond king Michael Milken, according to the L.A. Times. The 12-bedroom, 15-bathroom home, which was modeled after the French castle Vaux le Vicomte when it was built in 2002, has a 3,000-square-foot wine cellar with a tasting room, two-story library, commercial kitchen, cutlery room and spacious ballroom. The property also features a pool, spa and tennis courts. It was used for the film "The Green Hornet," the ABC TV series "Big Shots" and the 2008 Audi Super Bowl commercials.