Hailey Baldwin: 30 Things You Are Not Aware Of Her- Part II 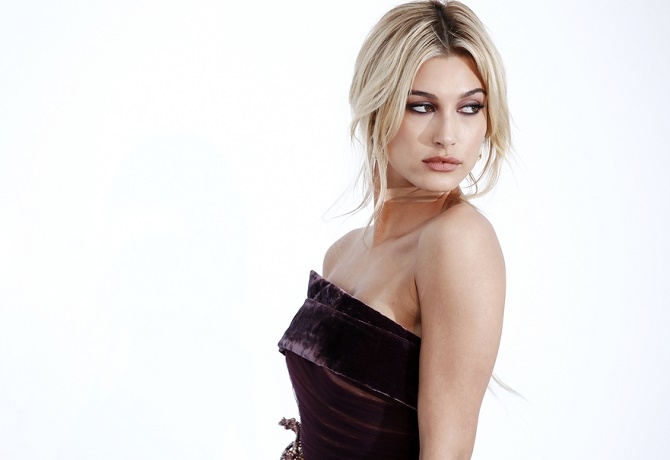 There are few more facts that you should definitely discover about Hailey Baldwin. Here you go…

Ryan Gosling is Her Celebrity Crush

Her celebrity crush has been Ryan Gosling. She very bluntly told this fact to a Love Magazine.

Every Two Months She Gets Her Hair Dyed

‘Drop The Mic’ Was Co-Hosted by Hailey

The Celebrity Rap Battle Competition “Drop The Mic” was co-hosted By Hailey Baldwin. She was the coolest part of the show.

There has been some problem for her in the past. She didn’t share the political views of her dad Stephen Baldwin who was a Trump supporter.

She once said that she and her father didn’t see eye to eye. The issue was very big for her, but her dad is her dad and she won’t let politics to get into the way of her family. She gets freaked by the everyday news, but now the unfolding things are making everything ok and even changed her dad’s opinion.

She does hit the Boxing Ring

Hailey simply hits the boxing ring when she finds that ballet isn't cutting it. She is doing boxing from last 3 years and the coordination in boxing to remind her of the dance. She also added that she was in the best shape ever.

Her Role in “On My Mind”

Hailey portrayed the role of Cody Simpson’s Love interest in “On My Mind”.  The complete video was based on the story where Cody follows her around a mall after seeing her picture once.

Hailey completely slews in her Runway Debut in October 2014 for TopShop. She has walked for various designers Elie Saab, Tommy Hilfiger, Dolce & Gabbana, and many others.

She Prefers Guy Who Makes the First Move

She thinks that when it comes to boys, they should officially make the first move. Dance Floor is apparently an exception!! She believes that women should be the one putting moves on men on the dance floor.

Hailey usually makes her own clothes, especially when it comes to denim!

She is fond of making shorts out of the jeans and she can well customize the denim. She loves the look when she rips or distresses things. She has also faced some disasters like when the cut is done without measuring anything first. The dress gets completely ruined.

But she believes that cutoff is pretty easy.

There is an eerie resemblance between Hailey and her Grandma!!

Hailey is a multi-talented personality. She is not just a model, she can also sing and act. In her spare time, she loves to act as she likes theatres. She also revealed one characteristic of hers that she is obsessed with Broadway musicals and most of the people are not aware of this. For about 7 years she got trained in the musical theatre.

A Brunette is what she used to be

Most of her Instagram fans can easily figure out from her past pics that she used to be a Brunette.

Her pics are there on social media to prove it!!

Her Closeness to Her Model Cousin

The daughter of Alec Baldwin and Hailey’s cousin Ireland Baldwin. They both share a great bond. They also have the matching tattoos of their last name.

Justin Bieber’s Mustache is what she hates

This pic looks super cute and we all with agree with it. But Hailey is not at all fond of Justin Bieber keeping the mustache. She has also shut down a friend who was supposed to give an idea to Bieber to wear the mustache at the wedding. She responded, "don't u dare give him that idea you lunatic." Justin Living that mustache life is not liked by Hailey.

She made her Instagram Debut in the year 2011 and her first post was some super-filtered Pinkberry ice cream. Since then a lot of things have changed. She herself is an icon and has got engaged to the most famous person on the planet. No Bigs!!