10 Top Female Models Who Are Ruling The Fashion Industry Now 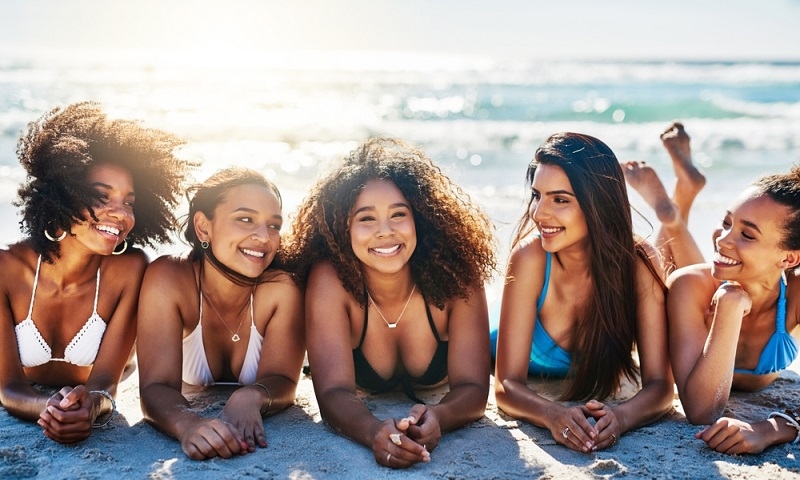 Models are a fickle bunch. One week they’re on top of the world, and the next, they’ve fallen out of favor. It’s a lot to keep track of — which is why it can be hard to know who’s still ruling it in the modeling world and who isn’t. But some models stay consistently successful, no matter what trends or tastes come and go. You need to know these women if you want to stay in the loop regarding who is hot in the modeling world right now. Who is ruling it as a model? These fantastic ladies! From Victoria’s Secret angels to high-end runway staples, these are the top 10 female models who are winning in life.

First, we’ll start off with Kendall Jenner. If you’re unfamiliar with Kendall Jenner, you’ve probably been living under a rock. The model, actress, and reality TV star have ruled the modeling world for as long as anyone can remember.

The Kardashian/Jenners are a brand unto themselves, but Kendall, the eldest Jenner sister, is the family’s top earner in the modeling industry. The towering brunette has strutted for Calvin Klein, Fendi, Marc Jacobs, and Karl Lagerfeld, among others. She has over 221 million Instagram followers, which undoubtedly helps her modeling profession. She allegedly charges over $1 million for every post to her audience.

Kendall Jenner first gained fame as a model when she starred in the ad campaign for Calvin Klein’s “My Calvins” when she was just 14 years old. Since then, she’s become the face of some of the industry’s biggest brands, including Estée Lauder, Topshop, and Adidas. In addition to her modeling career, Jenner is also known for her reality TV show, “Keeping Up with the Kardashians,” as well as her high-profile relationships with stars like Cody Simpson and A$AP Rocky.

Next, we’ve got Gigi and Bella Hadid. The model sisters are so in demand in the modeling world that a website tracks how often their name is mentioned in the media. That’s how popular they are — and it’s easy to see why. The Hadid sisters have been modeling together since their early teens and are now both fully fledged supermodels. Gigi is a Victoria’s Secret Angel who has modeled for the likes of Alexander Wang, Vogue, and Chanel. On the other hand, Bella scored cover shoots for publications like W, CR Fashion Book, and Harper’s Bazaar. The sisters have also found success with their own clothing business, The Row.

Karlie Kloss is the total package when it comes to modeling. She’s gorgeous, she works hard, and she’s well-rounded in her portfolio — having done everything from runway work to commercial modeling, she’s got a wide range of skills.

She’s also been in the modeling scene for a long time, having first started with Ford Models when she was just a teenager. Since then, Kloss's modeling career has skyrocketed, and she often appears on the covers of major fashion magazines and walks in fashion shows for some of the industry's biggest names.

This model won the internet’s hearts when she appeared in the smash hit documentary “Loading Human: The New Species,” which was released on Netflix in 2018. The documentary followed the development of a game of the same name. It featured a virtual reality game with a story about a cyborg and his AI assistant. Devon played the cyborg’s assistant. Since then, she has become a runway staple for some of the biggest designers in the fashion world, walking in shows for Chanel, Alexander McQueen, and Valentino.

Constance Jablonski has been in the modeling game since she was 14 years old — and in that time, she’s become known as the “Queen of the Catwalk.” That’s because she’s walked in shows for a wide range of designers, including Chanel, Givenchy, Louis Vuitton, Hermès, and others. Jablonski has also become a household name in Asia, having been the preferred model for Asian designers like Prada and Chanel for many years. She’s also dated a Japanese billionaire, which means she’s got a bit of a wild side.

Halima Aden made her mark in the modeling world when she became the first woman to ever walk the runway with a burkini, a type of Islamic swimsuit, during New York Fashion Week in 2018. Aden was the first Muslim woman to ever walk the runway at New York Fashion Week. Her decision to wear the burkini on the runway demonstrated an essential cultural and religious point. Since then, Aden has become a highly successful model, snagging campaigns for brands like H&M and becoming a regular for high-end designers like Valentino and Alberta Ferretti.

Chanel Iman is one of the most prolific models in the industry, having worked with many different designers and brands and walking in a wide range of shows — including the Victoria’s Secret Fashion Show. Iman has been modeling since she was a teenager and has become one of the most in-demand models of our time, booking regular work for the biggest brands in the business. She’s also a creative director for her clothing brand, C Icy.

Beyoncé Ambrose, a newbie from Antigua who just so happens to share her name with a famous singer, is just 19 years old. Although Beyoncé is the daughter of Cricket legend Sir Curtly Ambrose, she has chosen to pursue a career in the performing arts instead. Ambrose, a YouTube star and theater major at Georgia State University, is a natural in front of the camera. She proved that more than one Beyoncé performs at Valentino, Lanvin, and Proenza Schouler runway shows.

Delevingne is a top earner among models, even though she has been more frequently seen in recent years in films like Valerian and Suicide Squad than on the runway. Since she has been in the modeling industry since 2009 and has won Model of the Year at the British Fashion Awards twice, it is no surprise that she is highly compensated. You may discover brands like Burberry, Dolce & Gabbana, Fendi, Chanel, and Louis Vuitton among her long list of satisfied customers.

These are the top 10 female models who are ruling the industry right now. From Kendall Jenner, the face of the modeling industry, to Chanel Iman, who’s walked in some of the biggest shows, these women have established lasting careers through hard work and determination. If you want to get into modeling, it’s not an easy path, but with a good head on your shoulders, you can make it happen! In the modeling industry, females typically earn more than their male counterparts. These leading ten models are women. Given that "women spend more money on female things," the top 10 female models take home all the dough. For others, a model's lifestyle may appear like the pinnacle of perfection. You can make a lot of money while also getting to see the globe and dressing like a celebrity. Modeling is a glamorous profession, but it is not without its downsides. A lot of things happen behind the scenes in the modeling industry that may surprise outsiders and even fashion enthusiasts. Stay updated with Womenwire.com on the latest news from Hollywood and around the world.