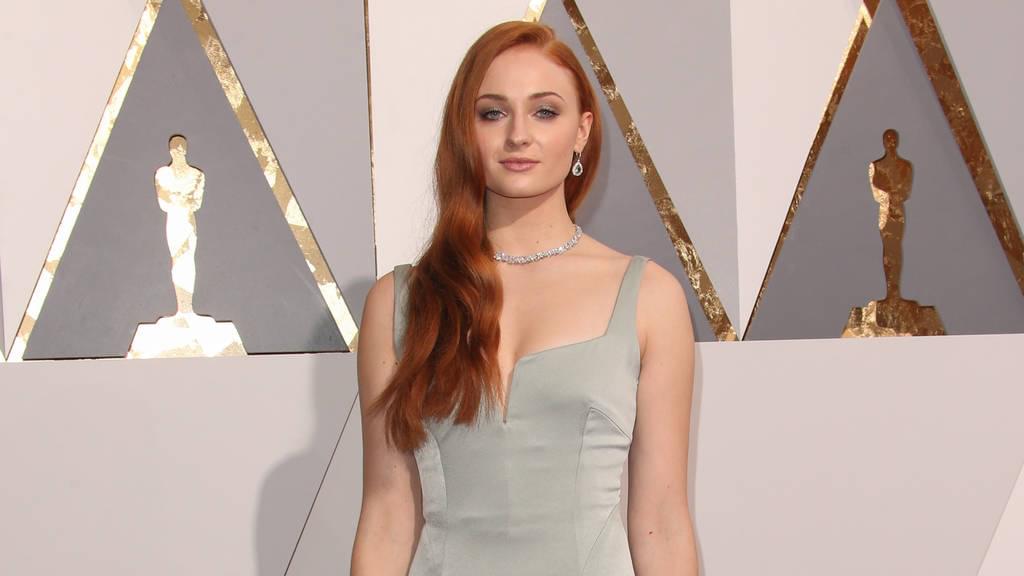 Actress Sophie Turner is paranoid her character will be killed off every time she receives a script for her television show Game of Thrones.

The British star portrays Lady Sansa Stark in the HBO fantasy series based on the books written by George R. R. Martin.

Many members of the Stark family have already been murdered and Game of Thrones is notorious for executing characters – a reality Sophie is all too aware of.

“They kill all of us off, so I check at the end of every (script), I’m flicking through, I’m like death, death death – I’m good for this season,” she confirmed with a smile while speaking to E! News reporter Giuliana Rancic at a pre-Oscars party.

The sixth season of Game of Thrones returns to the small screen on 24 April 2016, but this isn’t the only exciting project Sophie is involved in currently – she also portrays telekinetic and telepathic mutant Jean Grey in forthcoming Marvel flick X-Men: Apocalypse.

“We just got crazy,” the redhead laughed about the festivities, noting she cannot remember how late they stayed out.

Sophie previously spoke about what fans can expect to see in X-Men: Apocalypse, a project with a plotline that has largely remained top secret.

“It’s the darkest X-Men so far, definitely,” she told Entertainment Tonight. “There’s a little bit of a love story in it. It’s very exciting.”

According to IMDb, the upcoming feature centers on the efforts of Professor Charles Xavier and his team to prevent Apocalypse, the first, immortal and most powerful mutant of all, from exterminating the entire human race.