Female Celebrities Who Made Their Mark in the Fashion World 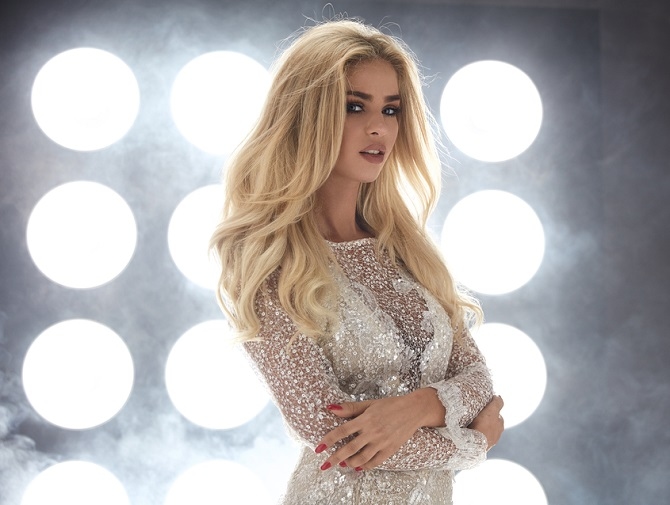 The most stylish female celebrities manage to capture our attention with their stunning fashion choices. Whether it's a classic Hollywood red carpet style or a bolder, unique outfit worn for a night on the town, the women on this list are without a doubt one of a kind fashionistas. They aren't afraid to take risks with their clothes, their hairstyles or with anything else for that matter. Anyone who knows fashion will tell you that flawless style takes more than awesome clothes - it's also about attitude, whether it owns the Oscars Red Carpet or just running to Starbucks on a lazy Sunday. Here is a list of most stylish celebrities

Catherine, Duchess of Cambridge, is the wife of Prince William, Duke of Cambridge. Middleton grew up in Chapel Row, a village near Newbury, Berkshire, England. She studied art history in Scotland at the University of St Andrews, where she met William in 2001 and they married on 29 April 2011 at Westminster Abbey. She has had a major impact upon British and American fashion.

Jennifer Joanna Aniston is an American actress, director, producer, and businesswoman. Aniston gained worldwide recognition for portraying Rachel Green on the popular television sitcom Friends, a role which earned her a Primetime Emmy Award, a Golden Globe Award, and a Screen Actors Guild Award. Her box office hits include Bruce Almighty, The Break-Up, Marley & Me. She is always admired for her unique style and fashion choices

Natalie Portman is an Israeli-born American actress, producer, and director. Her first role was in the 1994 action thriller Léon: The Professional, opposite Jean Reno, but mainstream success came when she was cast as Padmé Amidala in the Star Wars prequel trilogy. In 1999, she enrolled at Harvard University to study psychology while still working as an actress. Portman won a Golden Globe Award and received an Academy Award nomination for Best Supporting Actress for her performance in the drama Closer. Her classic choices are always admired by fashion analysts.

Charlize Theron is a South African and American actress, producer, and fashion model. She starred in early films in the late 1990s, becoming the first South African to win an Academy Award in a major acting category. She is chic and sophisticated with a fuss-free take on the latest trends that makes her style inspiration.

Victoria Caroline Beckham is an English businesswoman, fashion designer, model and singer. In the late 1990s, Beckham rose to fame with the all-female pop group Spice Girls and was dubbed Posh Spice by the July 1996 issue of the British music magazine Top of the Pops. In the past decade, Beckham has become an internationally recognized style icon and fashion designer.