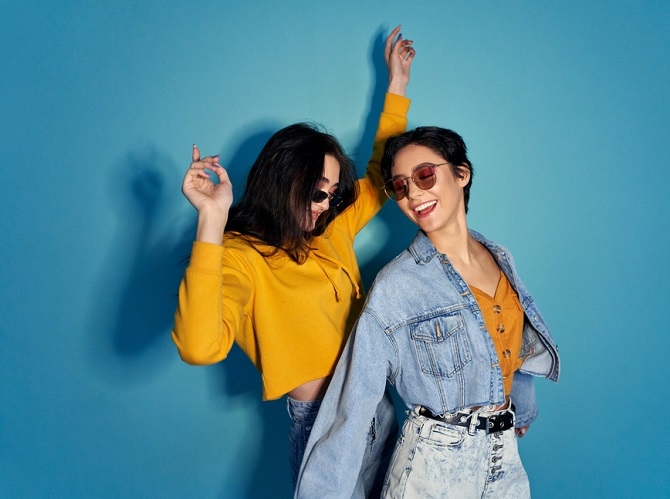 The Gen-Z yellow which first came as Lemonade.

Don’t you think Yellow is a divisive thing? Yellow: it defines various traits like The Big Bird color, Winner’s jersey of Tour de France and fishermen’s wellies. The Beatles made a song on it. In Nature, Yellow signifies danger when it is paired with Black. Different countries represent a Yellow color with a different meaning: Yellow represents courage in Japan, A psychiatric hospital in Russia which is known as ‘yellow house’. And it has several other representations like represents sunshine, happiness, and spring. And the yellow color’s DNA is the acid smiley face.

For decades, the color Yellow has been the fashion radar: During Victorian Times, it was famous for the ladies’ morning dresses, then during the Seventies, it again revisited as mustard corduroy, and in today’s generation, it is available on a high street near you and the credit goes to the different fashion houses, some of them to name is Balenciaga, Gucci and Christopher Kane.

What is constant about yellow is that it has been the most controversial color always. We can call yellow as the Marmite of the fashion world. Most of the people have the perception that it wash them out, with their pale skin and blonde hair. During teenage, they are told not to wear yellow and they follow this obediently. People often unwittingly adopt such silly rules.

It is also said that if one is of darker complexion then every shade will suit then skin tone.

We cannot define Yellow as a color that in recent years have been in trends much-when it is compared to the rest of the rainbow. The color which has enjoyed more of moments is Pink, which even garners its own nickname - millennial pink. This is due to its stratospheric popularity which we have seen over the past few years. Even if we look back, Blue also had its identity and have seen a good phase for years. But now it’s the turn of Yellow.

The sunflower shade was awash in the spring/summer 2018 catwalks. At Balenciaga, the yellow tartan trousers and Crocs were seen, at Preen, sheer lemon-yellow chiffon dresses were there and at Prada, knee-high sports socks were seen. What all you could wear on a holiday this summer is a skinny-strapped asymmetric cocktail dress.

And now the most rapidly cult gaining brand among the Instagram generation is Ganni. This Copenhagen-born brand got popular when it’s first sold-out banana T-shirt and now with its egg-yolk-bright belted coat. At New York Fashion Week, you would have seen every street-style star in the Tibi dress which ultimately populated the Instagram feed during that time. One of the best sellers we have are Canary yellow, an ankle length and subtly pleated and keeping these in stock is a big trouble.

So, how you will be wearing it? Well, accessories are always considered to be at the entry level. A fancy yellow bag? Try to pick. For the high street style, everyone from Roksanda to Loewe and Fendi has defined their versions. Shoes? You can have good options to pick like Christopher Kane’s Crocs and Calvin Klein’s yellow cowboy boots. These can definitely be your thing.

If you just want a flash of yellow, wearing a cotton polo neck under a buttoned-up shirt, which is tucked into denim makes you feel very Calvin. The same layering trick can also be applied to any normal T-shirt or summer-dress combo.

To give an instant neutralizing effect along with solving the problem of what to wear with yellow, go for the camel look. A classic trench look is worth trying as there a many offers this season which is belted especially to give a structure to a floaty floral summer dress.

And Of course, those who are moving beyond the safe pairing for a new style look can hog with a full head-to-toe yellow look. They will surely get kudos for this serious style statement. And the ones who will definitely get a salute, are those brave enough to wear yellow-on-yellow-on-yellow.