Amazing Destinations where the Royals Honeymoon 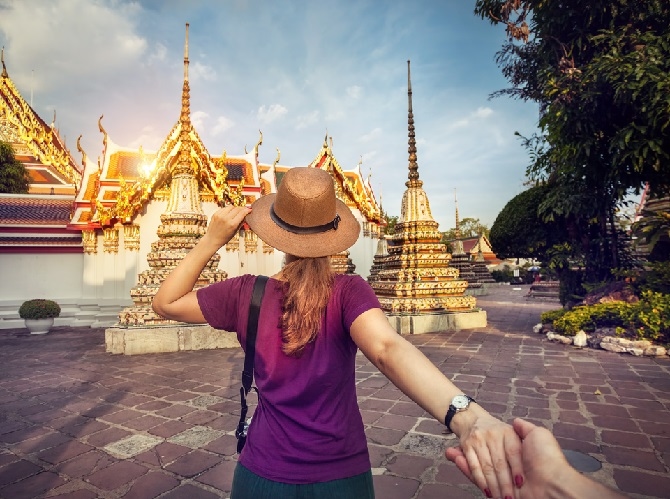 Royal weddings like Prince Harry and Meghan Markle's inevitably invite breathless international coverage. The dress! The venue! The celebrity guests! It's enough to keep the tabloids humming, and the public in a constant state of anticipatory intrigue. But once the nuptials end, the hoopla isn't over. Instead, everyone becomes fixated on another matter: the royal honeymoon. Royals have long selected some of the world's most divine locations to revel in their post-wedding bliss — from tropical paradises housing luxury retreats to African destinations promising once-in-a-lifetime adventure. Not uncommonly, they visit said places by traversing the seas on a private royal yacht.

Here are some of the most spectacular royal honeymoon destinations, including the rumored locale for Harry and Meghan.

It’s being reported that the newest royal couple will soon be traveling to Namibia to celebrate their union. The destination is near and dear to Harry, who has made African conservation one of his pet causes.

The couple will reportedly be staying at the recently opened Hoanib Valley Camp, an intimate getaway with just six rooms crafted from locally sourced materials and powered by solar energy. Not surprisingly, the main activity here is wildlife viewing, with giraffes, elephants and rhinos among the common finds.

William and Kate reportedly spent $5,500 a night for a private villa with a personal butler on one of the islands of this East African archipelago, known for its crystal-clear Indian Ocean waters, white-sand beaches, and superb snorkeling and diving.It’s recommended to stay at Bird Island Lodge, a collection of eco-friendly chalets on an island roamed by giant turtles and, yes, lots of birds.

The sensational union of a Hollywood megastar and her European prince demanded a sensational honeymoon. So it's only right that the couple chose to visit the extraordinary Galapagos Islands, the Pacific Ocean archipelago so rich with wildlife, it inspired Darwin's "On the Origin of Species." Grace and Prince Rainier traveled between the islands on a yacht.

Princess Caroline, the eldest child of Grace Kelly and Prince Rainier, clearly shares her parents' exquisite taste in destinations. For her honeymoon, she journeyed to Tahiti, the Polynesian island where azure seas are flanked by towering mountains.

Queen and her husband travelled to Hampshire, the largest county in South East England. The just-married lovebirds stayed at Broadlands House, today open for public tours. Also in the area: Highclere Castle, the main filming location for "Downton Abbey."

William's grandparents also spent part of their trip sailing the Mediterranean on the Royal Yacht Britannia; years later for their honeymoon, Prince Charles and Diana made the same trip.

After their own Mediterranean sailing trip on the Britannia, Charles and Diana ended their honeymoon with a rather unromantic stop: by visiting Charles' family at Balmoral Estate, the royal family's Scottish residence.