Once The Queen is Done Everybody Should Stop 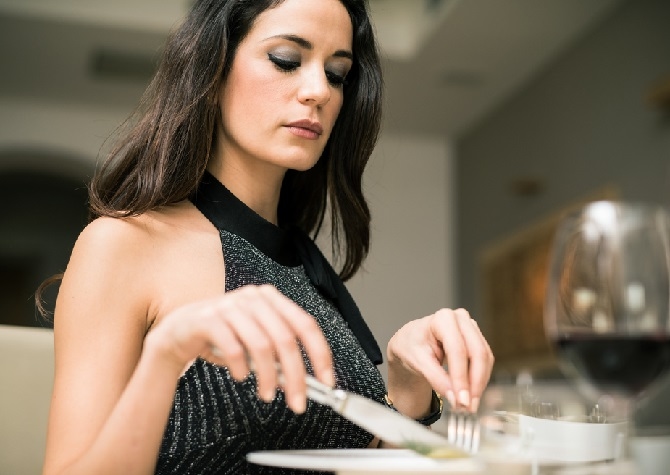 The idea of eating with Queen Elizabeth II sounds pretty great -- who wouldn't want to receive an invitation to a dinner at Buckingham Palace? But the dining scene at the palace is even more intense than we thought. Actually eating a meal with the Queen sounds like one of the most high-strung, nerve-wracking dining experiences ever. Here are dining etiquettes of The Queen.

The ingredients are intimidatingly top-notch

The Queen defined the whole "eating local" concept. She likes any venison or pheasant or grouse, if it is shot on the royal estate, she loved to have that on the menu.

If you so much as chip a plate, you're destroying a piece of history

There are the best silver, gold and china to serve on. For a state banquet, all of the knives and forks are gilt gold on silver. All of the china was hand-painted Meissen china, dating back to the early 1800s. As for the cookware, it’s all over 100 years old. The copper pans dated back to the 1800s, they still have Queen Victoria's motif on each copper pan.

You have to eat at least as quickly as the Queen if you don't want to go hungry.

Yes, there are plenty of servants around to attend to your every need, but they're on the Queen's eating schedule during formal banquets. The Palace steward would stand behind the Queen. As soon as she put down her knife and fork from the first course, he would hit the button for the lights to signal the footmen to come in. The course is over and they'd start clearing -- even if you haven’t finished, they'd be clearing the table.

When the Queen enters the kitchen, everything grinds to a halt

If the Queen came down to the kitchen at Windsor Castle or Balmoral or Sandringham, everybody supposed to stop what they were doing, move the pans to the side of the stove, step three paces back and bow. They can’t work or anything else, just answer questions. Then when she will leave, they can carry on cooking.

A "light" meal is three courses

When she isn't traveling or hosting guests, the Queen sits with Prince Philip at a small table in Buckingham Palace for dinner -- and no, they never just get lazy and order take out. She would actually have a first course and then a main course with a salad and some fruit as dessert.

If you don't like chocolate, you're out of luck

Oh, and don't even try to out-dress the Queen at the table.

Whenever the royal family would travel to Balmoral Castle and Sandringham House, they certainly didn't pack light. They would dress so many different times. First thing in the morning coming down for breakfast they'd be dressed. Then they'd go off hunting or shooting and come back. Then they'd shower and change to go into afternoon tea. And then they'd change again for dinner.