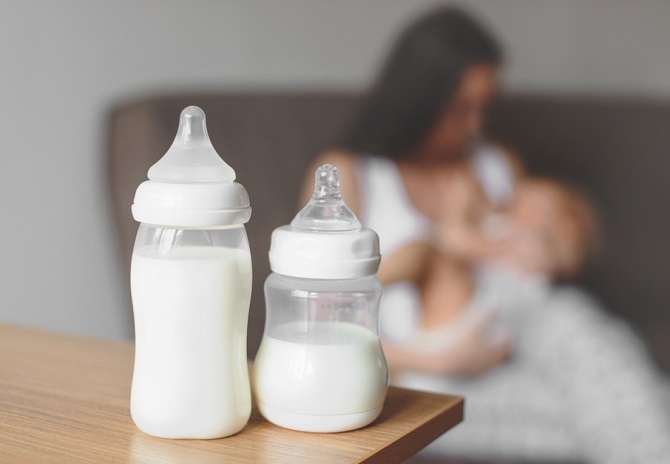 As a new mom, you are in an entirely new domain as you are dealing with 2 bodies (yours and the baby) and you are also wracked with doubts. Am I producing enough milk & is my baby still hungry are some of the questions that will create a havoc in your mind. You must remember that lactation is vital and your breast milk contains all the essential nutrients that are important for the baby’s growth and immunity. Hence, a healthy lifestyle and balanced nutrition are important for new moms. In most of the cases, a woman makes enough breast milk but owing to modern lifestyle changes, less breast milk production is gaining dominance. There are certain superfoods which are known to increase breast milk supply. These are natural supplements does not have any side-effect (unless you are allergic). Some of the superfoods are listed below:

It is one of the most widely consumed cereal grain which is found in bread, beverages and various cuisines in every culture. It is a great source of dietary fiber, vitamins & minerals which are required in day-to-day life. It contains beta-glucan which is a polysaccharide and is known to increase prolactin (breastfeeding hormone). Barley is also a component of beer and is still lactogenic. Hence a tall glass of Guinness may help in increasing the breast milk supply. Barley can be used in the form of flakes (in milk) and you can also add barley to soups, risotto, stew, salads etc.

Fennel belongs to carrot family and is a flowering plant species. It has a rich aroma with licorice-flavored bulb and green fronds. Fennel has been used for the treatment of digestive problems and to increase breastmilk supply (galactagogue). You can use fennel as a vegetable, spice and in the form of fennel tea. The green part of fennel is used as a vegetable and the seed part is often used as a herb or spice. While consuming fennel you must not overdo as it may have side effects. It is also important to know that fennel is safe during breastfeeding but it can be dangerous during pregnancy.

Fenugreek contains phytoestrogens which are known to increase breastmilk supply.  You may notice an increase in production within 1-2 days after you start consuming this magical herb. While consuming fenugreek, its dosage plays an important role. You can start with less than 3.5 gm per day and may slowly increase the amount until your urine and sweat smell like maple syrup. It's not always necessary that fenugreek consumption will increase the milk production. Many moms have reported no change in milk production even after consuming fenugreek for several weeks.

Oats have a second highest concentration of beta-glucan (after Barley) and are well-known breast milk enhancer in terms of quality and quantity. Although there is no scientific evidence on oatmeal as a milk producer, however, several lactation experts recommend an oatmeal for new moms. You can consume oats with milk or you can also prepare a cooked oatmeal with spices. Oats contain good amounts of iron and help in decreasing the cholesterol levels.

It contains high amounts of iron, protein, selenium and vitamin B. It is a nutritional supplement for breastfeeding moms, however, there have been few studies on brewer’s yeast as a lactogenic food. Brewer’s yeast has a bitter taste and it readily passes into the breast milk. You can use brewer’s yeast in baked goods such as pancakes etc.

Papaya has been used as a galactagogue for centuries and is used in both raw and cooked form. Consumption of green papaya (unripe) boosts the production of oxytocin hormone which regulates the production of breast milk. Papaya is also rich in Vitamin A, Vitamin C, Vitamin E, Pantothenic acid, Folate and several minerals. Hence adding papaya to your postnatal diet will surely help you in increasing the breast milk production.

There are several other foods such as garlic, apricots, asparagus, sesame seeds, anise seeds, coriander, red beets etc. which have a potential to increase breastmilk supply. However, consult a lactation specialist before consuming anything. It is also important to understand that you must not over consume the above superfoods because they may have side effects (including a decrease in milk production).