Looking At The Top Female Entrepreneurs Of This Century 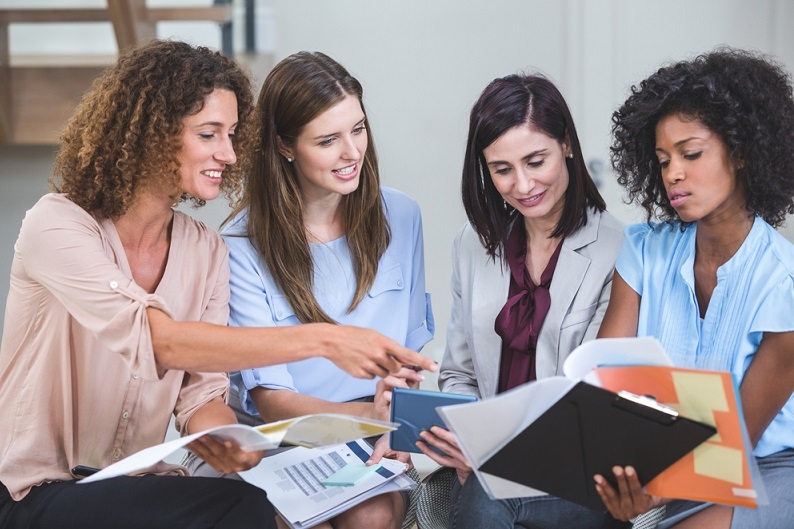 This article celebrates those businesswomen who have started from scratch and become successful entrepreneurs, and we're fortunate that we'll be able to learn from them. To be a successful businessperson in the twenty-first century, you need to know the world's most famous self-made entrepreneurs.

Earlier, the vast majority of entrepreneurs were men. However, the global number of female entrepreneurs has increased in recent years. Some of these wonderful women have many incredible success stories to share. Women are more active in business now than ever in the twenty-first century, and the entrepreneurial seas are being congested regularly. Self-made women businesswomen are a blessing in the business world since they exhibit their strength and legacy as they move forward.

To discover more about some of the most successful women in business, check out this list of the world's most renowned female entrepreneurs.

Sofia Vergara is a successful female businesswoman and a skilled actress and model. She has had several sponsorships from brands such as Head & Shoulders and Diet Pepsi.

Arianna Huffington founded The Huffington Post and continues to play an essential role in its daily operations despite selling the firm to AOL for $315 million.

Arianna is also an accomplished author, and the title of her book, "Thrive: The Third Metric to Success," "is currently included on the website's header. Arianna Huffington's net worth is reported to be approximately $50 million.

Debbie Fields launched Mrs. Fields Bakeries in 1977, now one of the top suppliers of fresh cookies in the United States.

Debbie has extended the company into eleven other nations since its inception, with over 650 bakeries in the US and eighty others worldwide. Debbie Fields has an estimated net worth of $65 million.

Susan Wojcicki was born in California and attended Harvard University, where she studied history and literature. Susan was the original marketing manager for Google, which Larry Page and Sergey Brin started in her garage in 1998. After presiding over Google's acquisition, Susan Wojcicki has served as YouTube's CEO.

Indra Nooyi is an American business executive born on October 28, 1955. Indra is the CEO of PepsiCo at the moment. She joined the firm in 1994, rising through the ranks to become CFO in 2001 and CEO in 2006. According to Forbes, Indra was named the 13th most powerful woman in the world last year. Indra is one of the most successful businesswomen in the world; she is paid $28.6 million a year by PepsiCo and has a total net worth of $144 million.

Did you know Beyonce and Jay-Z have a combined net worth of billions?

This is incredible, given music is their primary industry and source of revenue. Beyonce's fortune is believed to be $450 million of her billion-dollar net worth. Beyonce's riches have come from various endeavors, including numerous sponsorships, investments, and her clothing brand, in addition to all the honors and attention she has won for her music. It's reasonable to assume that Beyonce and Jay-Z have the same "imperial state of mind" and are among the world's wealthiest couples.

Sheryl Sandberg is the current COO of Facebook and an American technology executive, author, and activist. She is active in the communities she helps by sitting on the boards of WWI (Women for Women International), known as the Center for Global Development, and V-Day.

As of 2012, Time Magazine included Sheryl Sandberg in the list of the 100 most influential persons in the world. She is one of the wealthiest and best-known female businesswomen in the world. Her current net worth is $1 billion.

Sara Blakely is the multi-million dollar underwear brand Spanx's creator. Blakely did not have much money to invest when she founded Spanx. It truly exemplifies why she is one of the most well-known female entrepreneurs.

Cher Wang is a co-founder of HTC, a world-recognized technology company. Cher, born in 1958, earned an economics degree from UC Berkeley in 1981. She joined 'First International Computer' a year later, and after co-founding VIA in 1987, Cher Wang co-founded HTC in 1997.

Cher, with a net worth of 1.6 billion dollars, was included on Forbes' list of the world's billionaires in 2010, 2011, and 2012. They even had her on their list of the 100 most powerful women in the world in 2012. Being a prominent businesswoman, Cher Wang deserves a place among the elite. HTC is now one of the top contending mobile technology firms, alongside Apple, Sony, and Samsung.

Folorunsho's first business was a tailoring shop named Supreme Stitches, which she created after working at Sijuade Enterprises in Nigeria and the First National Bank of Chicago.

After Supreme Stitches became highly successful a few years later, Alakija went into many other industries for investments, including the oil business and the printing industry in her instance. She was voted the 96th most powerful woman in the world by Forbes last year.

Oprah is a renowned actress, talk show presenter, producer, and philanthropist. Her most successful and popular initiative was perhaps 'The Oprah Winfrey Show,' which was recognized as one of the longest-running daytime talks shows ever to air, spanning 25 seasons. That's a quarter-century! Oprah Winfrey's overall net worth is estimated to be approximately $3 billion, making her one of the world's most prosperous, well-liked, and most recognized female entrepreneurs.

Gina Rinehart, an Australian billionaire, is the wealthiest person in Australia and the sixth richest woman globally, with a personal fortune of $11.7 billion.

Rinehart is the chairman of the Hancock Prospecting Group. This mining business produces 30 million tonnes of iron ore each year. Rinehart took over as chairman of the firm after her father died in 1992. Since then, she has been one of the world's wealthiest female entrepreneurs.

Tips to learn from the world's best female entrepreneurs

There are many excellent female entrepreneurs worldwide; this list is only the tip of the iceberg. WomenWire.com hopes this list provides you with some knowledge and motivation if you, too, want to become one of the world's wealthiest and most successful businesswomen.