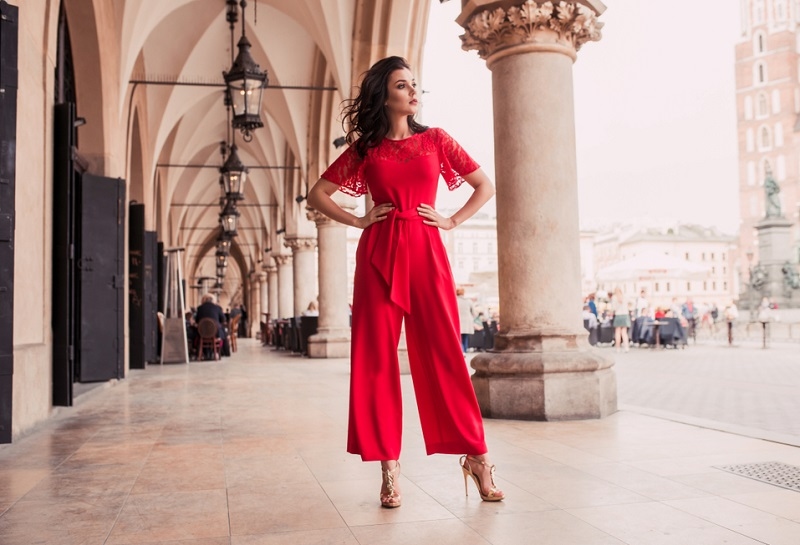 10 Wedding Guest Jumpsuits That We Are Swooning Over

Jumpsuits have been a wardrobe staple since the '70s—and have only gained traction in the 21st century. And thankfully, for a good cause! They look adorable while still keeping the wearer tremendously comfy. Jumpsuits are a terrific wardrobe option for anything from weekend brunches with the squad and days at the beach to (you guessed it) weddings.  A trendy jumpsuit matched and mixed with some fantastic accessories (and potentially a jacket or a shawl if it has an open back or exposed shoulders) results in an excellent combination for any wedding. Plus, they're forgiving if we love to dance all night, and frankly speaking, who doesn't, that too on a wedding day. Therefore, we adore a multipurpose wardrobe selection! To assist you in picking the right one for your next wedding (or formal occasion), we've collected the ten stunning wedding guest jumpsuits that prove how classy this costume option is.     1. Classic black fallen-shoulder Jumpsuit Like a little black dress, you can never go wrong with a basic black jumpsuit–especially if it's budget-friendly!    2. Strapless Jumpsuits A strapless jumpsuit is perfect for showing off your shoulders. Wear it with shoulder-grazing earrings or gold jewelry to complete this exquisite style.       3. Puffed sleeves jumpsuit This jumpsuit has a lot going on, from the floral design to the single and double puff sleeves and wide-legged pants. Elegant and stylish, it's the right combination.   4. Velvet wedding guest jumpsuits Velvet jumpsuits in rich jewel tones like hunter green for winter weddings are a must-have attire. For a wedding around Christmas or New Year, we particularly like the Eloquii style (A New York-based fashion brand that pampers plus-size women).   5. Polka dot jumpsuits Wear this polka-dot outfit to embody the carefree summer vibe. A couple of ruffles and a one-shoulder neckline add a whimsical and modern aesthetics to this dress. It can be easily available in standard, long, short, and other fun, colorful variations.   6. Monochromatic Jumpsuits A solid-colored jumpsuit makes it simple to achieve a monochrome appearance. It elongates your figure and is quite fashionable. Simply add matching shoes, jewelry, and a handbag. If you wish to experiment with a dash of color, go for bright lip color.   7. Back bow styled Jumpsuits If you're attending an elegant dinner or a cocktail party, this one is the right pick. It is best paired with high heels, dangling earrings, and an evening clutch. You can wear this version of a wedding guest jumpsuit to their bridal shower, rehearsal dinner, or a last-minute change of clothes for their wedding reception.   8. Lacey Jumpsuits This jumpsuit has an exquisite look and a flattering sex appeal. Ideally, you can pick this one up for a beach or semi-formal wedding. Pairing it up with gold accessories or a gems-studded clutch will have you feel and look at your very best.     9. Stretch-crepe Jumpsuits Stretch crepe makes this the perfect choice for dancing, walking, doing bridesmaid duties, or just being able to be on your toes throughout the wedding. This jumpsuit is ideal for a night in the town or a special occasion.   10. White-colored jumpsuits A white jumpsuit is an evergreen option. You can be dressed up or down depending on the occasion, making it an excellent choice for weddings and special events. This one-piece will be your go-to option when you need to dress up.     Wedding Guest Jumpsuits: FAQs   Is it ok to wear jumpsuits at a formal wedding? The answer is a YES! Jumpsuits are an attractive option for any wedding or dress code. Dressing in a jumpsuit is a fun and elegant choice. They're comfy and easy to dance in. Consider the season, dress code, and venue when looking for the appropriate wedding guest jumpsuit. Summer weddings call for light materials and little adornment. Consider silk or velvet jumpsuits for more formal weddings.   Do jumpsuits suit all body types and shapes? Yes! Jumpsuits, in our opinion, are an excellent option for women of all shapes and sizes. Choosing a jumpsuit silhouette that flatters your body type is equally crucial with any other wedding guest dress. When it comes to jumpsuits, taller women may choose floor-length jumpsuits, while shorter women may prefer cropped ones with a more fitted look.   Can a jumpsuit be a formal wedding attire? Sure! While some jumpsuit styles are relaxed and informal, others are fairly elegant and can be a lovely alternative to a formal floor-length gown.   What accessories will go well with a wedding guest jumpsuit? While some jumpsuit styles are comfortable and casual, others are rather sophisticated and might be a great alternative to a formal floor-length gown. Or else, if you want to wear a jumpsuit that stands out on its own, don't go overboard. A small earring and pump can make a big difference!     Conclusion When it comes to jumpsuits, what matters most is the silhouette, regardless of whether you choose a floral design or jewel tones to don for a spring or a fall wedding. Wide-legged jumpsuits are ideal for tall women, while cropped ones with an ankle-skimming length are best for petite women. All sorts of events may benefit from the elegance of strapless and one-shoulder designs for guests who like to flaunt their upper body. Last but not least, jumpsuits in lightweight materials and loose-fitting designs will always appear carefree and airy during a summer wedding. With WomenWire.com, there's something for everyone regardless of their personal preferences, physical characteristics, and financial resources. These wedding jumpsuits are guaranteed to put a smile on your face. 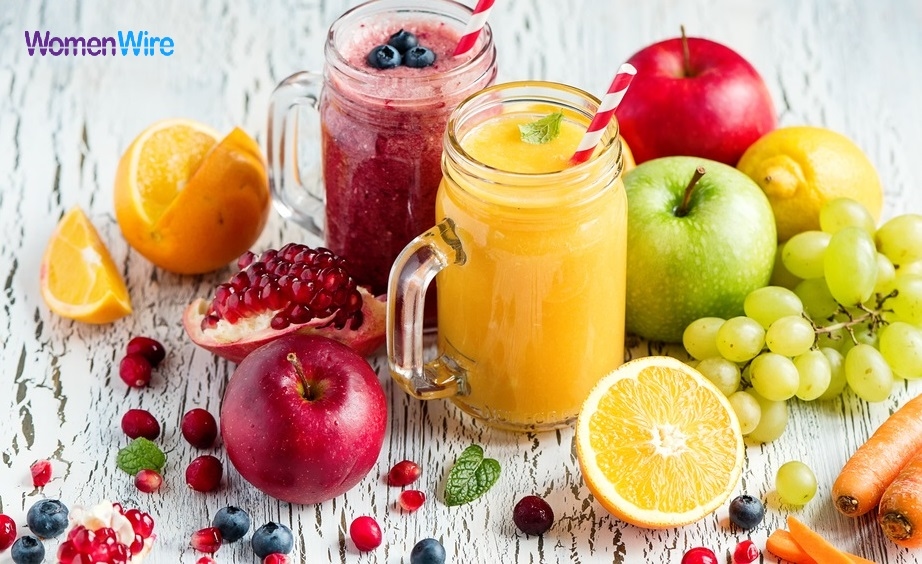 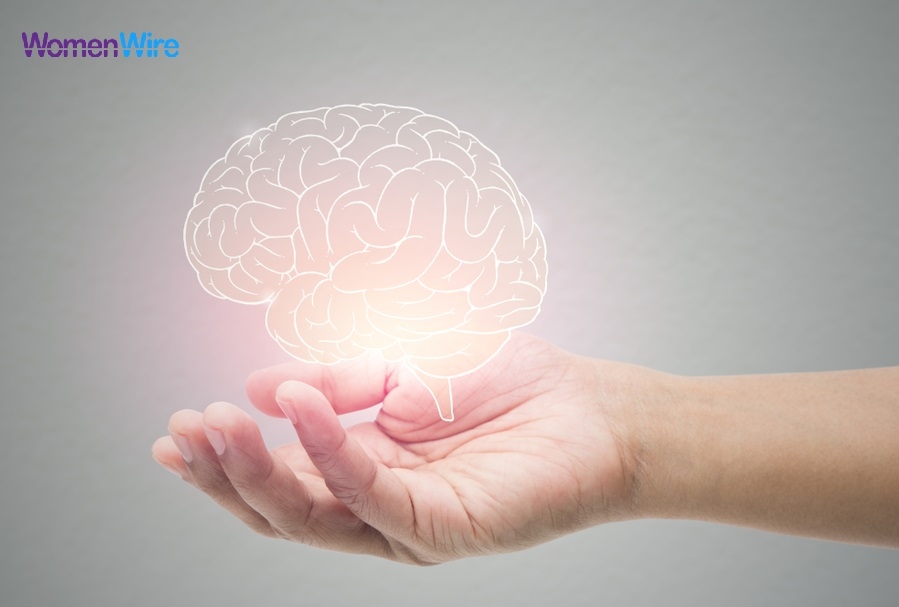 The Top Mental Health Self-Care Tips For A Better Life 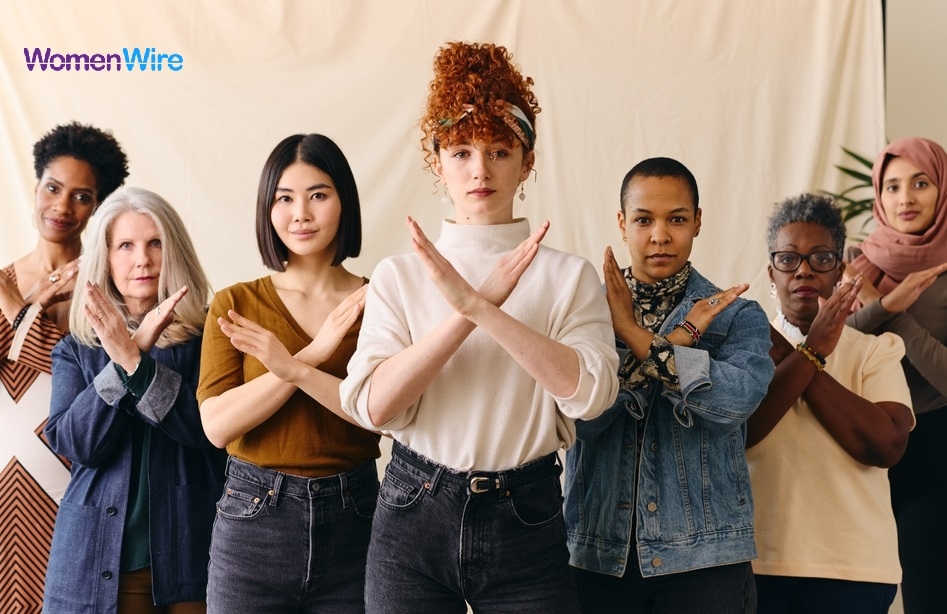 It's Time To Break The Bias On International Women's Day 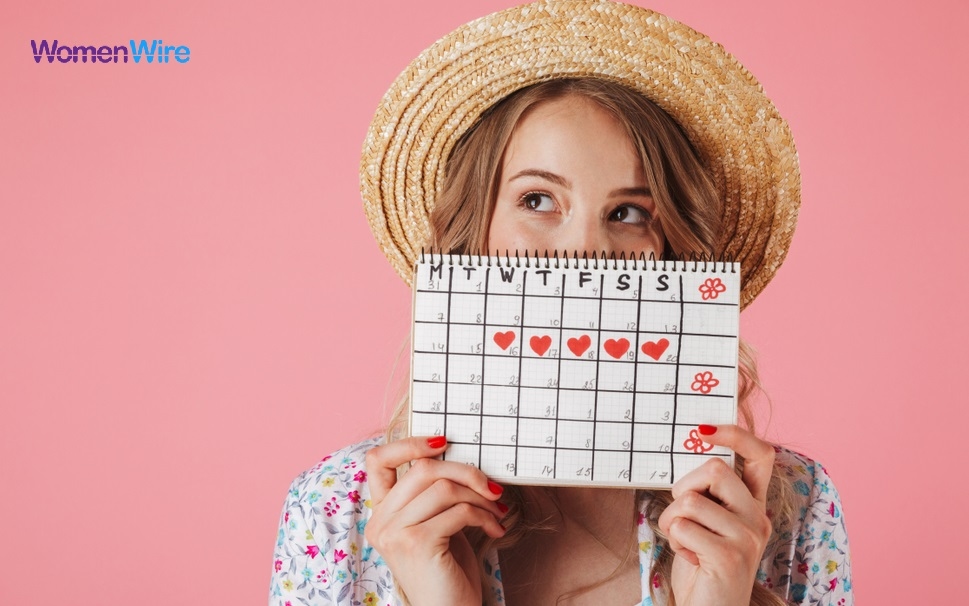