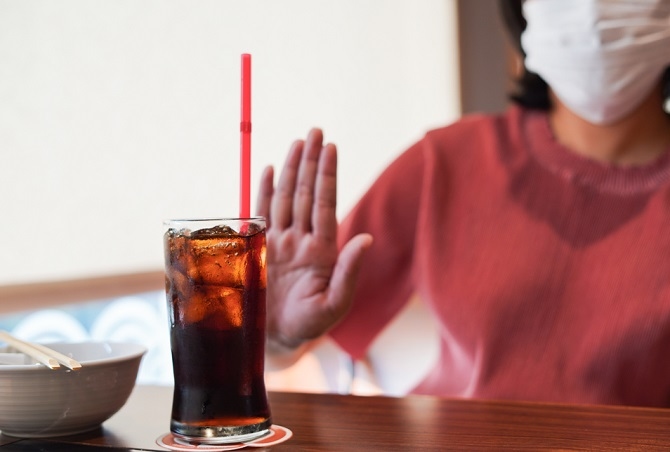 Mixed Drinks to Avoid When On a Diet

Food isnâ€™t the only thing that you should be watching when youâ€™re on a diet. Many women overlook the fact that mixed drinks are also a big cause of weight gain. For instance, did you know that a Long Island Iced Tea has more calories than a Big Mac? Yup, so much for keeping a low-cal diet. If youâ€™re trying to stay on a diet, you should generally avoid sweet concoctions, since they are likely to be loaded with sugar. You should also watch out for frozen or creamy cocktails, because these types of drinks are full of fat and calories. Do note that the above-mentioned guidelines shouldnâ€™t just apply to women who are trying to lose weight. Diet or no diet, sugar and calorie-loaded drinks are not exactly healthy, so even if youâ€™re not on a diet, itâ€™s still recommended that you be more conscious about your mixed drinks. Below is a list the biggest health and diet busting cocktails out there. If youâ€™re planning to grab a drink anytime soon, be sure to steer clear of the following culprits: Long Island Iced Tea â€" Avoid this one like a plague. Like we said, a Long Island Iced Tea has more calories than a Big Mac from McDonaldâ€™s. This drink can have as much as 700 calories, thanks to its mixture of spirits, sugar, and liquors. Mud Slide â€" Weâ€™ve said it once, but weâ€™ll say it again: stay away from creamy drinks. A Mudslide, as yummy as it is, contains 600+ calories thanks to the combination of Baileyâ€™s Irish Cream, Kahlua, and half-and-half. With a drink like this, youâ€™re better off eating at a fast food restaurant. Frozen Margarita â€" While this cocktail may be extremely sweet and refreshing, itâ€™s also blended with tons of sugar that add up to more than 500 calories a glass. Avoid this at all costs. If you really want a margarita, opt for the traditional kind. Instead of blended, order a margarita on the rocks, and avoid adding in extra flavors. Mai Tai â€" Rum, sweeteners, crÃ¨me almond, and triple sec all make for delicious cocktail. Unfortunately, as pleasing as a Mai Tai is for your taste buds, it wonâ€™t do you any good diet-wise. This mixed drink has a whopping 650 calories in it, so you might want to skip the Mai Tai if youâ€™re watching your weight. PiÃ±a Colada â€" This drink may be a great one to have while lounging at the beach, but the fact is, itâ€™s another huge diet killer, as a PiÃ±a Colada contains 644 calories. Now, just because there are plenty of diet-killing drinks out there, doesnâ€™t mean you should swear off mixed drinks altogether. You should simply make better choices when it comes to ordering cocktails. For example, opt for on-the-rocks drinks compared to their blended counterparts, as the former would likely contain less fat and calories. If youâ€™re a beer drinker, then choose light beer instead, to avoid the dreaded beer belly. Wine is another diet-friendly choice, as they typically contain less than 20 calories per ounce, and theyâ€™re also free from cholesterol, sodium, or fat. Image credit: alpha du centaure on Flickr